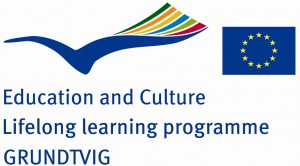 5. Stories & Facts
Success Story: Diversity in Leadership in the board of Mondinsieme
Facts & Figures: Low cultural diversity in leadership positions in German Foundations

We hope you spend a beautiful summer time across Europe!

The European Learning Partnership “Diversity in Leadership Europe” is happy to provide you with the first insights on what is going on good practice diversity projects in the partner cities from:

The partnership is funded by the LifeLongLearning programme of Grundtvig. I’s objective is self-empowerment through knowledge building and sharing at European level and, with that, to boost local projects in participating cities based on DiverseCity.

DiverseCity onBoard initiative of the Maytree Foundation connects qualified candidates from visible minority and under-represented immigrant communities to the governance bodies of agencies, boards and commissions and voluntary organizations in the Greater. Toronto Area. Our sincerest thanks to Maytree for their generous support in the concept development of this project.

Welcome to Berlin! We are all Berliners!

Thank you to all the participants! Berlin welcomed around 70 participants from more than 20 different cities around the world. The first Diversity in Leadership Europe international workshop was a common project with the Maytree Foundation and the aim was to learn from their DiverseCity onBoard project and how they connected visible minorities to leadership positions. We learned about collecting the Evidence and building sustainable Partnerships. We  success stories from London, Copenhagen and Amsterdam. Finally we practiced innovative and interactive methods which allowed us to bring our projects to a next stage.

To get a deeper insight in what we discussed during the workshops, you can easily access the documentation and our website.
For more picture, please have a look at our huge photo gallery!

“Our cities are diverse, our leadership is not“.

To listen to the full keynote speech given by Ratna Omidvar,President of the Maytree Foundation,
see below:

And here the Graphic Documentation, done by Garbiele Schlipf

DiverseCity onBoard goes European! The official launch and Kick-Off Meeting of the learning partnership took place in Reggio Emila/IT in January 2014 and was hosted by Mondinsieme. The partners developed the working plan, introduced their local projects and set the stage for a common learning journey on promoting diversity in leadership.

Consult the full documentation of the meeting including insights from all partners, their projects and the learning partnership as such. See here for pictures.

Some topics the ELE likes to focus on during the next two years:

Vielfalt entscheidet is a joint project of DeutschPlus and Citizens For Europe and calls for more diversity in leadership positions in Berlin. Nevertheless
boards of universities, public companies and cultural institutions in Berlin are not representing the diversity of its population. Consequently, they do not identify nor serve the needs and interests of the whole city population. This leads to a situation in which services provided by the institutions do not match the actual demand of the diverse population and migrants are degraded to disadvantaged social groups.

What’s KVINFO being doing since the start of the partnership:

As a partner organisation in the DiverseCity onBoard project the Immigrant Council of Ireland (ICI) has benefited immensely from the opportunity to further develop its ideas and campaigns in several areas.

In Italy, a crucial question is how to promote diversity in leadership in a context in which the social fabric is facing a dynamic transformation, with a growing number of private companies owned by people with foreign origins, but high rates of unemployment among youngsters (43%), and low percentage of professionals with migration background represented in administrative board of firms.

Mondinsieme wants to make companies aware of the diversity advantage and facilitate them the access to qualified works of a diverse workforce. Mondinsieme’s approach focuses on youth and aims their empowerment. Concretely, Mondinsieme strenghtens the network between schools and companies with internships and international exchanges in order to make the diverse youth of today ready for the leadership of tomorrow.

Aia Radwan,
First elected member of the Board of Mondinsieme,
21 years old

Mondinsieme is a private organisation created by the Municipality of Reggio Emilia to deal with intercultural policies.

A story from Reggio Emilia

Aia Radwan: a second generation young woman in the Board of Management of Mondinsieme
The election, held last June 2013, presented a short list of 8 candidates, both of Italian and foreign origins. 92 were the persons entitled to vote, as participants in the activities of Mondinsieme (both individuals and associations). The participation in the election was very high (67%) and showed an investment in the youth, especially  in second generation immigrants.

The winning candidate, Aia Radwan is, in fact, a second generation youngster of Egyptian origin. She is an ambitious 21 years girl, engaged in political and social activities at the local level, and an excellent student of Political Sciences at the University of Bologna.

For the first time the first generation of migrants have trusted with their vote in the second generations proving that an Italian city is ready to accept new challenges.

In Germany, Foundations shape the public discourse and are forerunner in promoting cultural diversity, inclusion and anti-racism. Nevertheless the results of the study shows that within foundations these principles are missing. Only every 11th person in leadership positions has a migration background and in the major foundations even only every 30.

Citizens For Europe examined approximately 3,000 leadership positions (Advisory Board, Board of Trustees, Council, Executive Board and Management) of the 30 largest private and public foundations in Germany as well as 250 other foundations with legal headquarters in Berlin.

Best practice cases show that diversity benefits the foundations’ organisation and culture. For instance Bürgerstiftung Neukölln and Stiftung Digitale Chancen declare that cultural diversity brings “innovation” and “helps responding to the needs of a diverse society”.